The Ukulele Orchestra of Great Britain came to town.  Funstrummers had a welcoming gig in the lobby of the Gallo Center for the Arts prior to the show.  The UofGB have been playing together for 33 years.  They put on a peppy notefull show with lots of variety, talent and brilliant artistry.  You can see some of their magic on youtube.  The preshow in the lobby wasn't too shabby either. 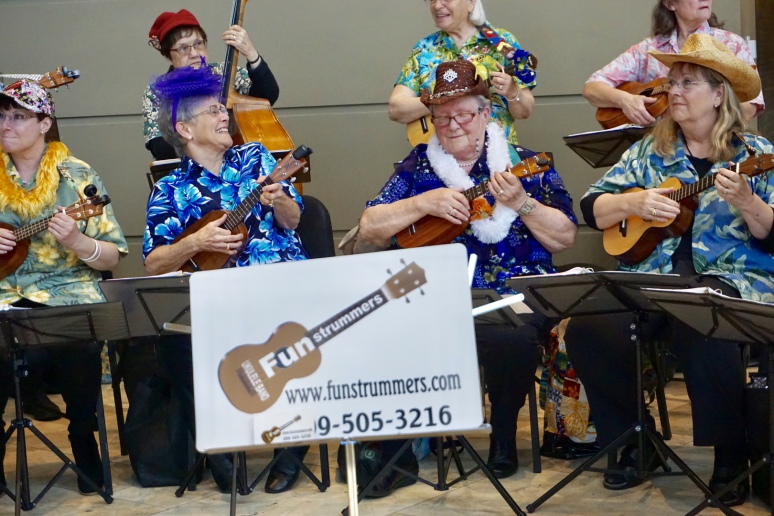 It's Chicago 1941 and the Boogie Woogie Bugle Boy with the Andrew Sisters. 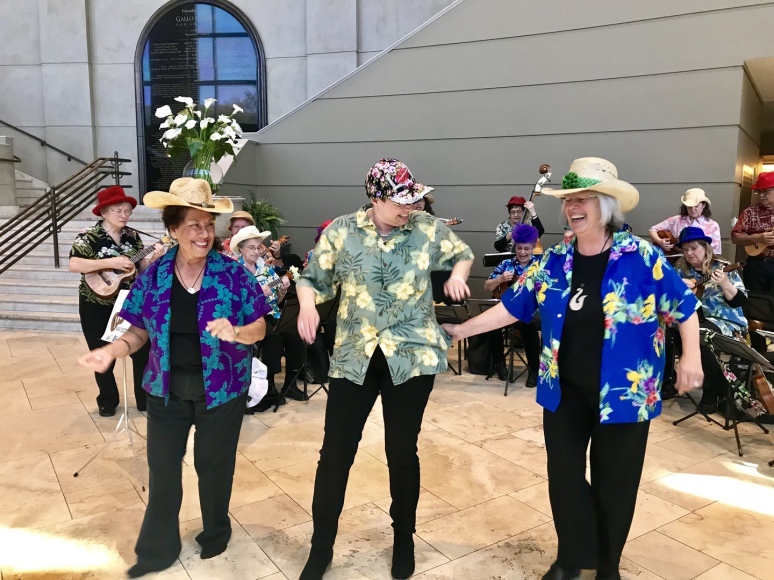 Down in the Swampland anything goes!! 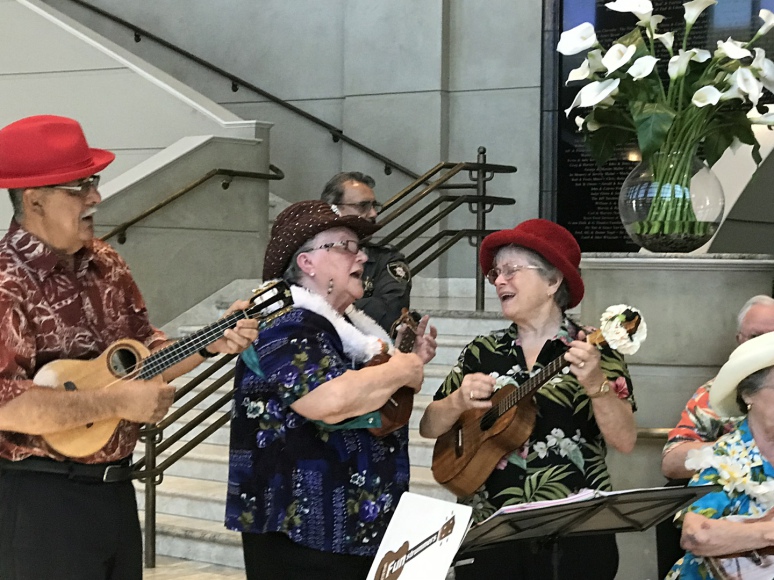 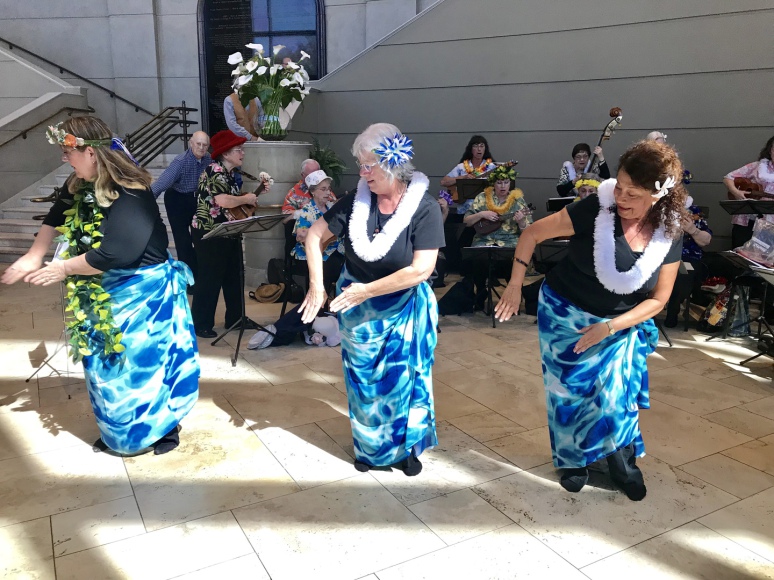 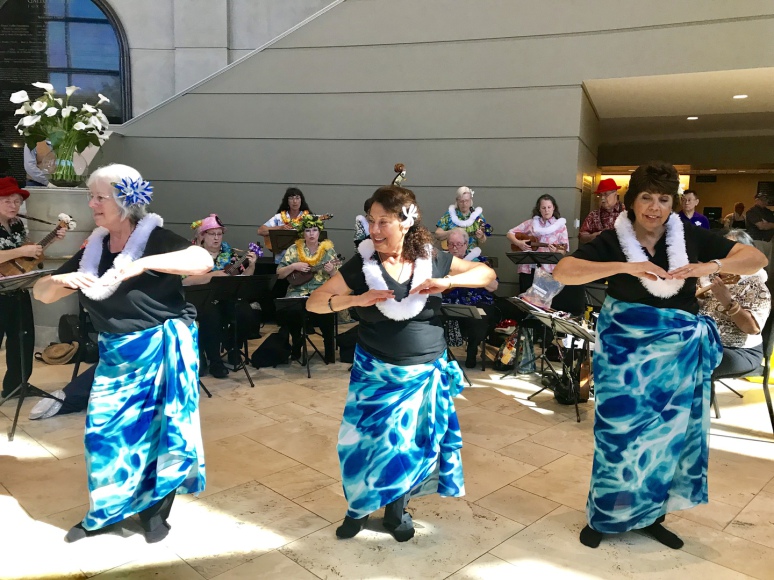 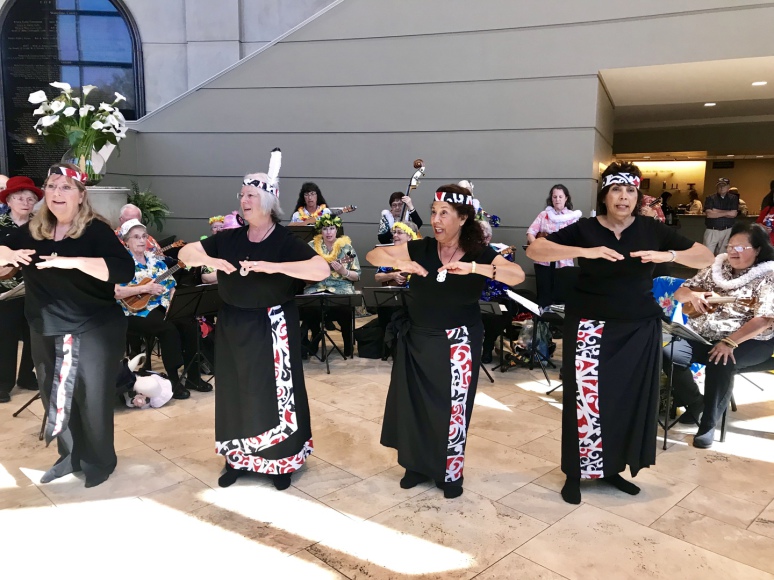 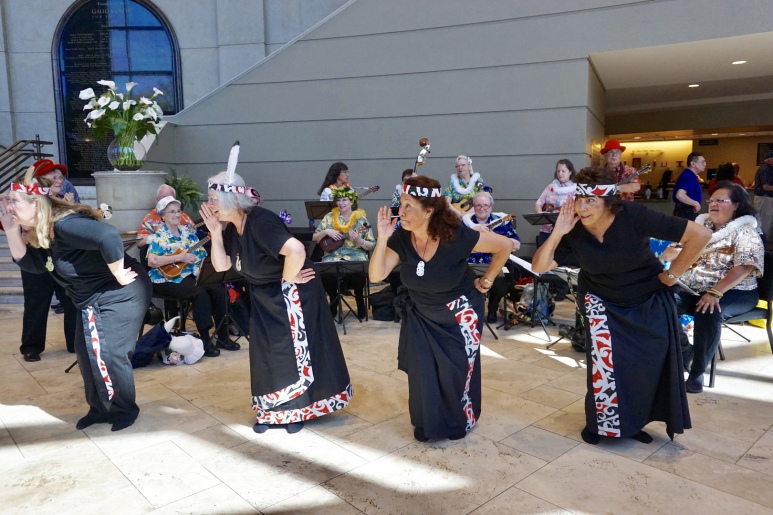 Video of the Funstrummers interview 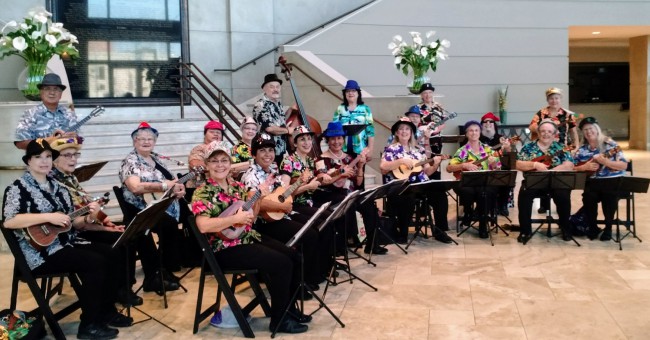 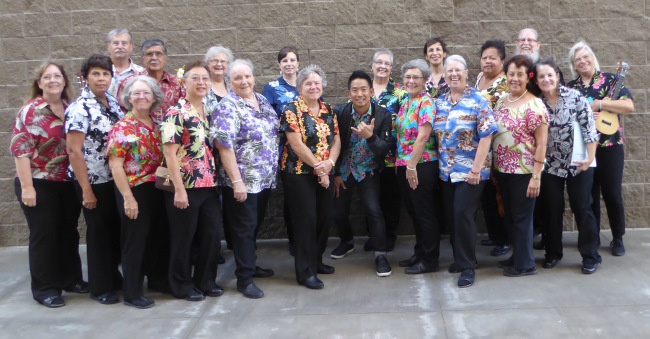 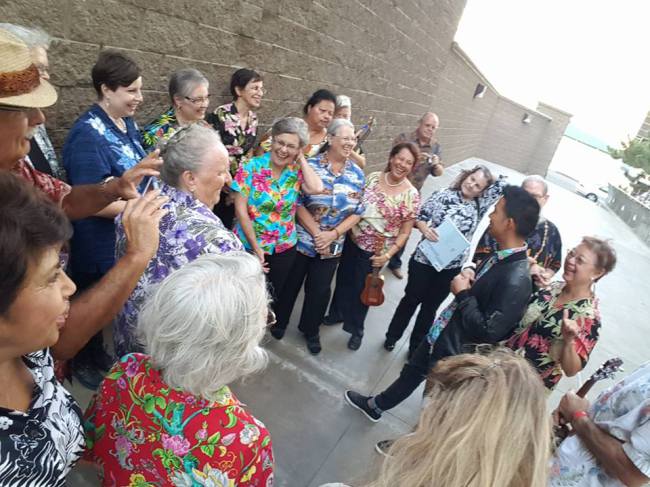 Funstrummers playing Hawaiian and Rock and Roll in the Lobby of the Gallo Center for the Arts September 2017  See and listen to the video: Little Darlin' 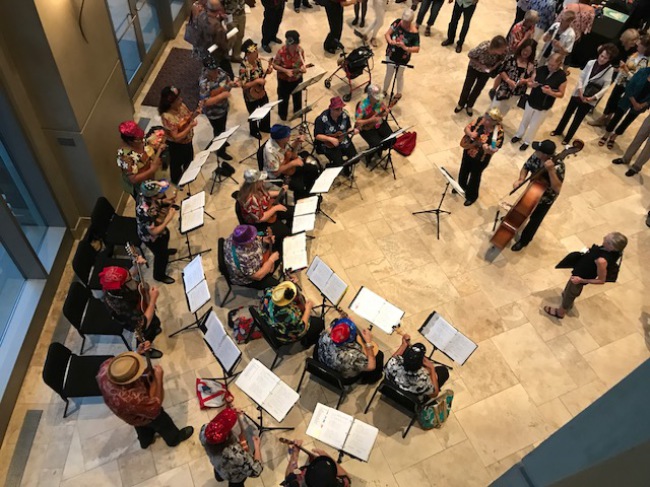 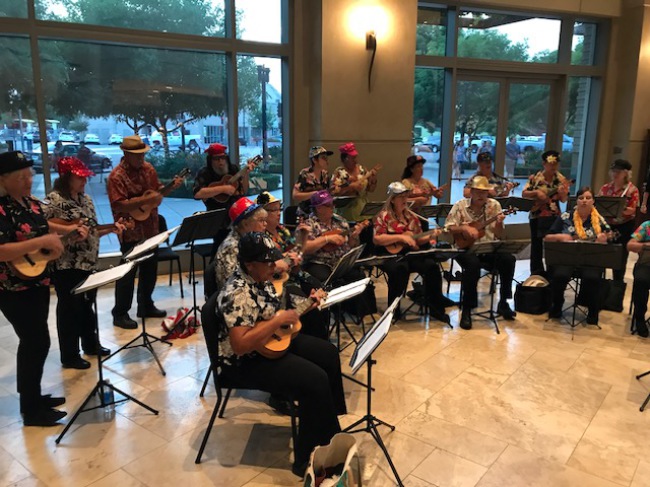 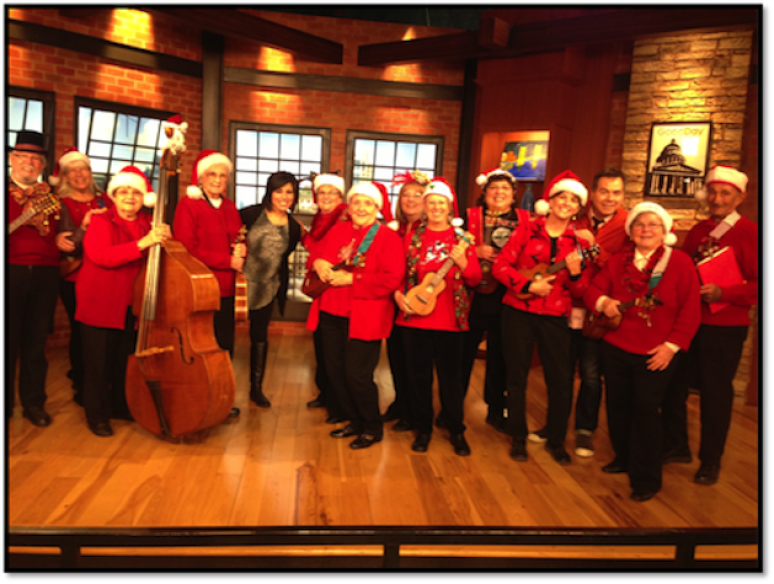 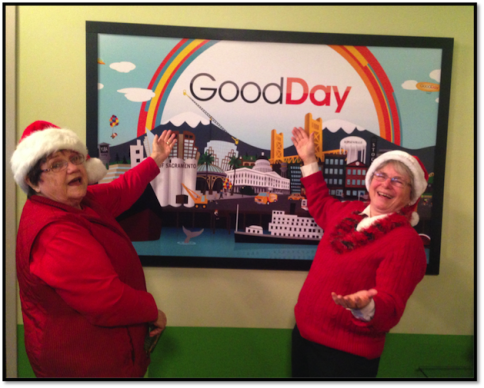 Funstrummers Traveling Band made it all the way to Sacramento 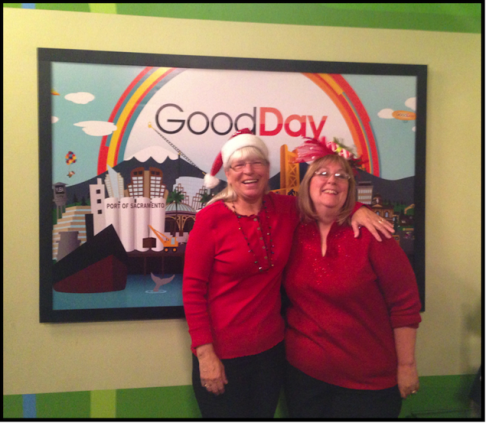 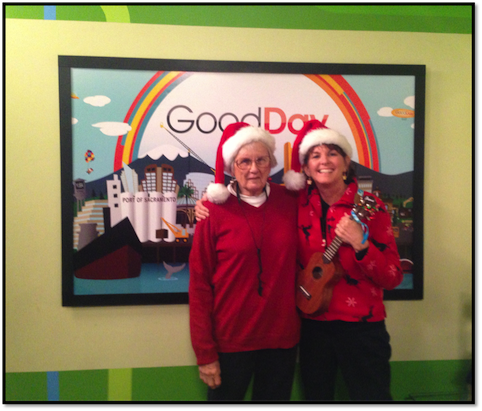 Inside the studio for the weather report 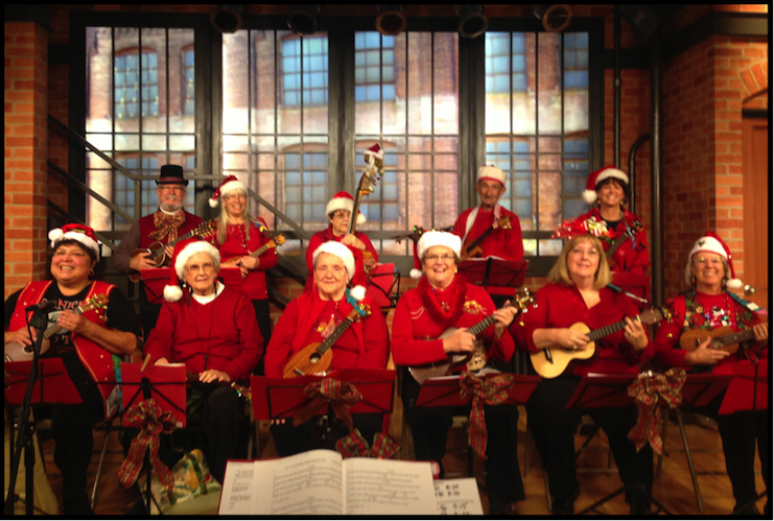 In the Studio ready to play: All I Want For Christmas, Mele Kalikimaka, Felice Navidad, Rockin' Around The Christmas Tree

A spring day at the library singing children songs including one about Miss Lucy and her Alligator Purse. 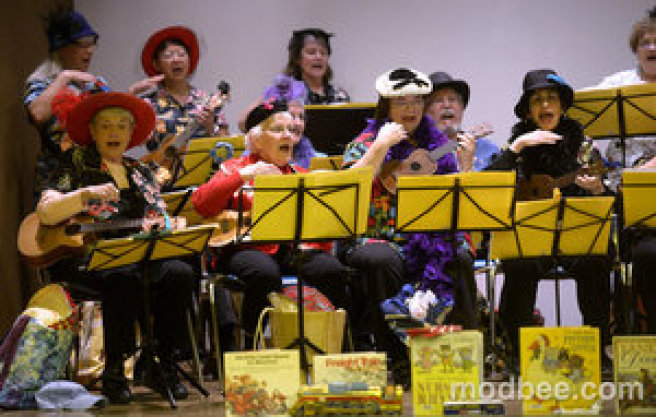 Cathy adding beauty to the Hukilau 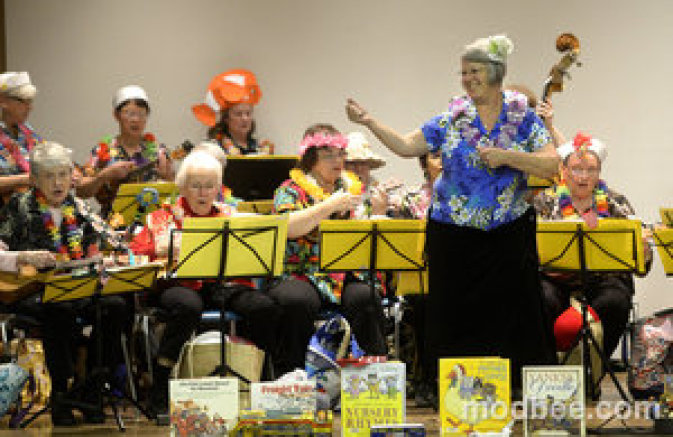 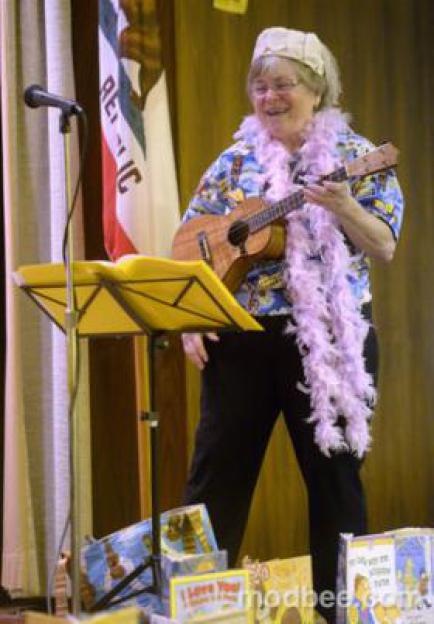 Ukes for people to try 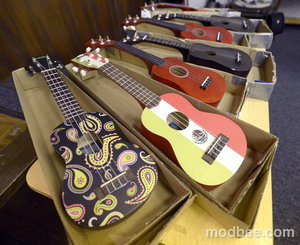 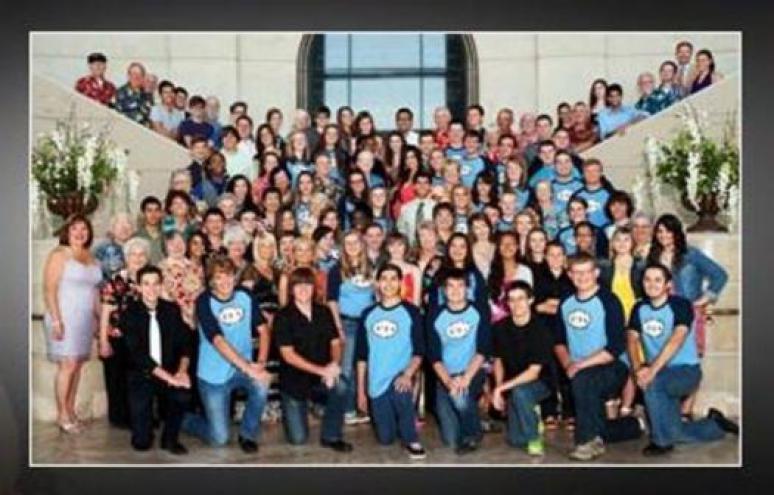 Video from Gallo Center for the Arts

Under the direction of Randy Sparks did a benefit concert for the Modesto Community Concert Association.  Funstrummers played on stage with the New Christy Minstrels 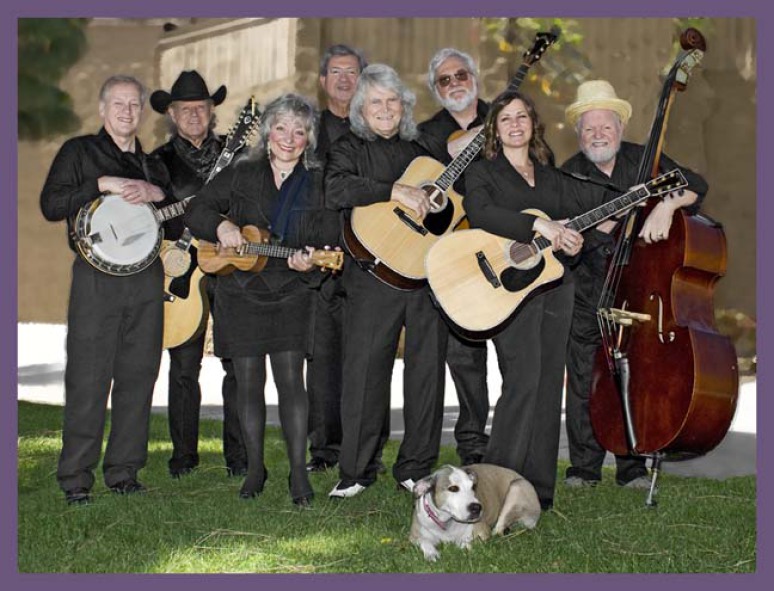